On the 1st of February 2018 the International Maori Cultural Centre was established.

The International Maori Cultural Centre, UCCLE, Brussels, was established 2018 as an inclusive organisation to represent the rights and aspirations of the Sovereign Maori Nation of Aotearoa (NZ).

Following the adoption of the United Nations "Declaration on the Rights of Indigenous Peoples" in 2007, this document gives indigenous people the ability to exercise their right to self-determination. They have the right to autonomy or self-governance in matters relating to their internal and local affairs, as well as ways and means for financing their autonomous functions. Indigenous peoples have the right to maintain and strengthen their distinct political, legal, economic, social and cultural institutions. (Article 4 and 5 DRIP). The Sovereign Maori People are legally and lawfully able to rebuild their Nation outside the existing settler servant governing entity.

The Foundation has a principal role to play in delivering these objectives and as part of its basic ethos is committed to environmental and economic sustainability, mutual prosperity and dignity for all Maori people. Beyond its core role the Foundation actively provides and promotes the provision of timely effective humanitarian assistance and sustainability of forests, waterways and wetlands. While following humanitarian principals of rejecting all forms of 1080 and/or other similar poisons. In so saying, the IMCC will look to the UN to have the organisation appointed as a UN watchdog group to promote life and sustainability of the same.

The IMCC will promote a course of action to remedy the disparity between Maori and Non-Maori by the New Zealand settler servant government through institutionalised racism and to acclimatise the Maori into the Anglo-Saxon way of life. This course will be to challenge the servant settler government in the court of human rights in Strasbourg, France; - for comments email us at: info@internationalmaoriculturalcentre.org 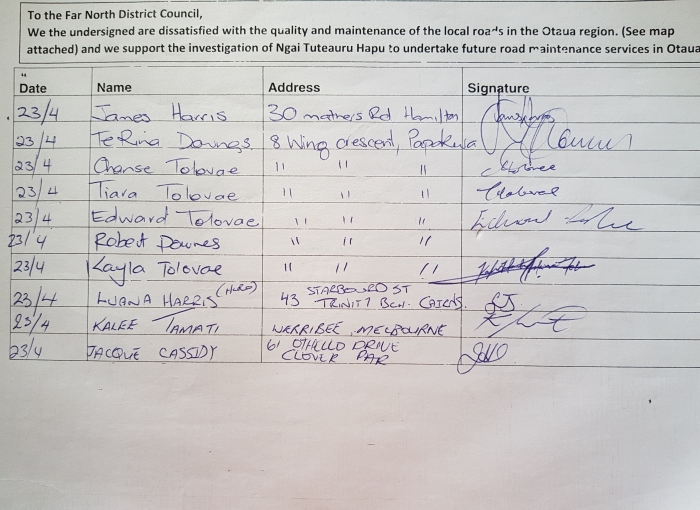 Poor Attendance at Waitangi grounds for the Declaration of Independence celebrations.

In Waitangi the Declaration of Independence celebrations 28th October 2017 this year was attended by about 100 people, but in previous years you could not see ground for the feet, this is because recognition that corporate bodies in hapus are not dealing with Maori problems or achieving results.

In the meeting on the 28th October 2017 for the Wakameninga, Congress (collaboration of chiefs from different Hapu) within Waitangi, where debating and decision making for the nation of Maoridom takes place annually, this was hijacked from the corporate body of the marae to settle issues within the committee, the majority of attendees in the meeting were Matua Karanga followers, as they walked out of the house there was a silence in the air. I looked back the hall was near empty. Discussion within the taumata, senior elders, had expressed to the corporate body it was a shame that Matua Karanga contingent left the house, they had more information to share with us about their successes in the government system. The next day as result of the meeting one of the elders rang Chief Charles Hohepa and pledged her alliance to Matua Karanga. ---- for comments email us at info@internationalmaoriculturalcentre.com

On the 25th October 2017, Charles Turetahi a member of Matua Karanga O Te Huihuinga Putanoa Corporation Sole Aotearoa (NZ) had a young man who is known as Mr Dread call into his CBD Auckland home for a visit. Mr Dread told Charles he found out through his taumata (group of Chiefs) there was a contingent of Maori that went overseas to promote Maori rights. Mr Dread had quoted that they are waiting for Matua Karanga to stand up the Maori Nation. On the 23rd August 2017, I was present with Chief Charles Hohepa and wife Charmaine in Spain. We are engaged in achieving recognition for Maori as a nation and member of the United Nations. We are making progress and gaining support from powerful people, including leaders of other indigenous nations. There is growing support from other Sovereign groups of Maori within Aotearoa that we have not yet been associated with as yet.

Unpaid property taxes keep depriving Maori of their homes. Although they live on their own land, which often has been taken by ruse or force, even their homes are not safe, as the dominant culture continues to impoverish and marginalize them.

Matua Karanga, a confederation of Maori chiefs headed by H.E. Chief Charles Hohepa is leading a legal and civil campaign of changing Maori life, including stopping illegal foreclosures backed by the force of the New Zealand government and in violation of Maori sovereignty.

On Oct 25 in Taranaki, two Maori homes were put on the auction block pursuant to foreclosure action for failure to pay property taxes. As a crowd gathered, and auctioneer started auction, two chiefs, Herbert Rerekura and Ariki Toheroa members of Matua Karanga, dressed in suits, mingled into the crowd stood forward and interrupted proceedings. The chiefs explained to the crowd Maori sovereignty and illegality of the proceedings the police arrived in force to stop disruption of auction. The chiefs addressed police who pushed a Maori officer forward to confront them.

The chief Herbert Rerekura explained Maori sovereignty and basis of their undeniable authority to police, who were then seated and listened to the rest of the chiefs' speech upon completion, Ariki Toheroa, then took a gold $1 coin out of his pocket. He described in detail the meaning of the inscriptions on each side of the coin the queen on one side she is our partner and you're her servant, on the other side a kiwi, which is ours tangata whenua (people of the land), then placed the bid on the auctioneer's table for $1.00. Ariki Toheroa addressed the crowd quoted the United Nations Declaration on the Rights of Indigenous Peoples, article 10, 11,12, Ariki Toheroa had captured the auction audience attention and finished off with stay away from the 2 properties otherwise you will be served with an injunction.

The auction was thus terminated, and Maori retained their homes pursuant to the foreclosure action by government and sale at auction.

This is another victory against oppression and violation of Maori sovereign rights by an illegal New Zealand government. ---- for comments email us at info@internationalmaoriculturalcentre.com

This Organisation is committed to Peace, The Pursuit of Peace and the Advancement of Peace in the World
© Copyright 2021 - Te Whakaminenga O Nga Rangatira O Aotearoa The Confederation of Chiefs of New Zealand